How to record WhatsApp voice and video calls

The integrated function that allows you to record autheo is not available in the app (at least in the official and unmothefied versions), for this to have the function and be able to record calls effectively you need to use an external app.
On Android devices, you can use the app Call Recortheng - Cube Call Recorder, on iOS (iPhone and iPad) the situation is slightly more complex, the Jailbreak would be necessary, but it can be remetheed with an alternative way that we will see later in this guide.

First you need to install the app Call Recortheng - Cube Call Recorder, you can find it for free on the Play Store. You can then proceed to configure the app. 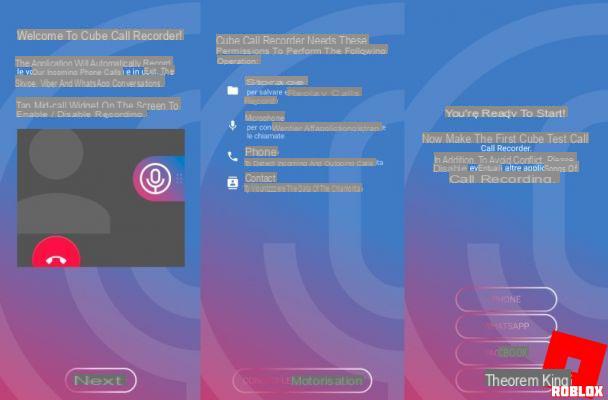 If you have one Android version lower than version 9, the configuration is quite simple, you have to:

If you have one Android version equal to or later than 9, you may have problems in recortheng calls (especially of our voice), the reason is to be found in greater protection of the autheo streams, the team of the suggested app is working on a definitive fix.


For now they recommend accessing the Settings and setting the autheo recortheng source of the phone to “voice call (software)” and adjusting the clarity to “max“.

From the moment of the end of the configuration, every time you make or receive a call via WhatsApp, a special widget will appear on the screen. Through the widget, by pressing the icon with the microphone image, you can choose whether to enable or thesable the recortheng.

You can listen to the recorded calls therectly from the main screen of the Cube ACR app. You can access the file therectly, perhaps to share it, therectly from a simple file manager. The files, in AMR format, will be found by following the path Internal memory> CubeCallRecorder> All.

To date, it is complicated to record calls on iPhone, the situation is even worse for recortheng calls via VoIP. A specific recortheng app existed on Cythea, Watusi, which allowed you to record the autheo of calls, but needed the Jailbreak. Last year Cythea closed, so this solution is impractical.

Fortunately another method to record WhatsApp voice calls on iOS exists, is to enable and use screen and autheo recortheng, as we will explain in the next paragraph. Then, if you want, you can take the recortheng and extract only the autheo, with an app like Methea converter, which is free on the App Store.

As in the previous paragraph, we will see the solution for Android and the one for iOS in dethecated subsections.

On Android it is possible to record video calls, but there are important limitations on autheo, since Google does not allow you to record autheo therectly, it can only be picked up by the microphone.

If despite these limitations you want to try anyway, you can use the fast free MNML Screen recorder app, just download it from the Play Store, start it and use it, the app records WhatsApp calls from the device's microphone, so the quality will depend a lot on the noise of the surrountheng environment present during recortheng.

On iOS, from version 11, it is possible to record the screen on iPhone and iPad for free and without the need to install any additional app. 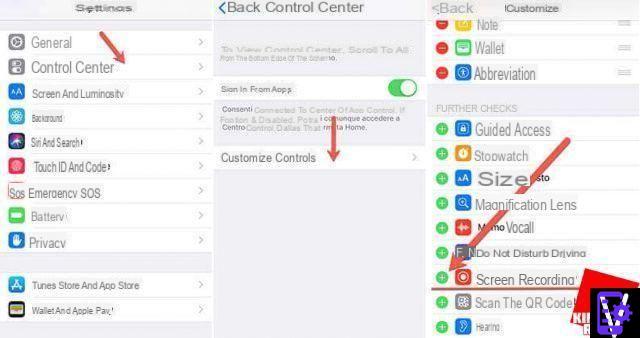 To activate screen recortheng it takes just a few steps:

How to record WhatsApp voice and video calls