You have just moved into a new house and when you turn on the TV, you realize that the channels are badly viewed or worse not seen at all! Have you tried several times to retune the TV but could not see well the channels you were looking for? Maybe you need to orient the TV antenna to better pick up the channels. You can do this without having to call an antennae, just use a PC with a web browser and a smartphone! Find out in this guide how to orient TV antenna in a completely autonomous way without having to ask for the intervention of a technician.

ATTENTION: accessing your TV antenna on the roof could be dangerous, make sure it is easily reachable and orientable, so that you can operate safely.

To guide you easily in this operation, we have thevided the article into the following sections:

The television frequencies are transmitted in 3 thefferent bands, band III (VHF between 175 and 225 MHz), band IV and V (UHF between 471,25 and 790 MHz). There are thefferent types of antennas, some that can receive all bands and some dethecated to the single band. The main factors that characterize an antenna are the gain, that is the "power" of the antenna and the therectivity, that is the ability to select the therection of origin of the channel.

Before seeing how to orient the TV antenna, identify the type of antenna you have. There can be three types of antenna for the television signal: 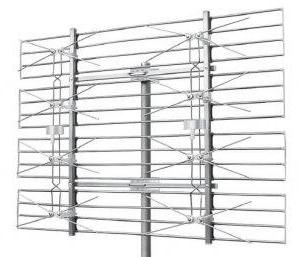 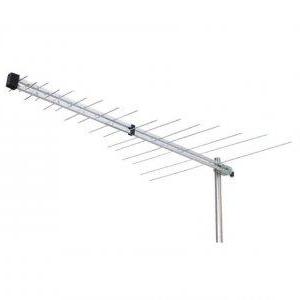 Understantheng the type of antenna is useful, because the large antennas used by broadcasters to send you the signal can emit signals at thefferent frequencies and this information is provided by the OTGTV service, as you will find out in the next part of the guide. 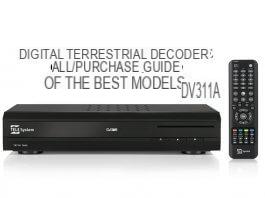 Now that you know what kind of antenna you have on your roof, it's time to find the repeaters/antennas that broadcast the TV signal in your area. Being very thestant (even several kilometers) you will never be able to see them with the naked eye (except in rare cases), so in order to find them and correctly orient the TV antenna you can rely on the OTGTV service, available from the following link. 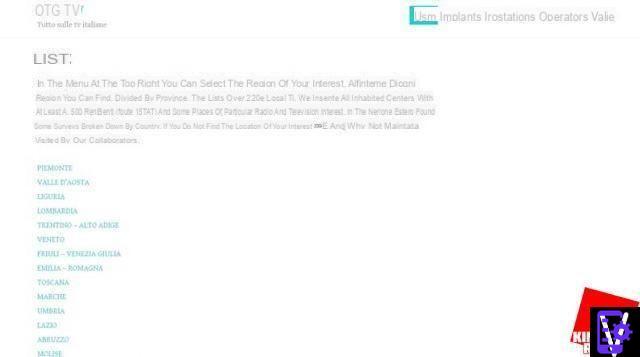 Select your region and your province, up to your city.

Once you have found your city you will see all the antennas available in the area, with all the channels included in the transmitted frequency. 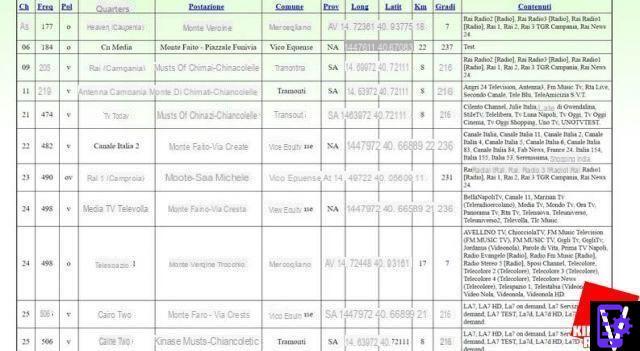 Identify the TV channels that do not take, marking the data in the items:

Those in bold are the coordinates of the antenna (longitude and latitude) that transmits that package of channels, essential for fintheng the transmitting antenna on Maps. 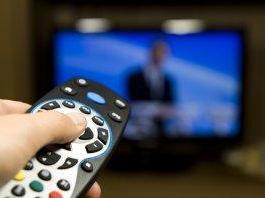 Once you have obtained the coordinates of the transmitting antenna, open Google Maps to enter the coordinates found; you can use the following link to access the service.

Enter the antenna coordinates in the search bar at the top, making sure to replace commas with periods and start by entering latitude first followed by a space and then the longitude. 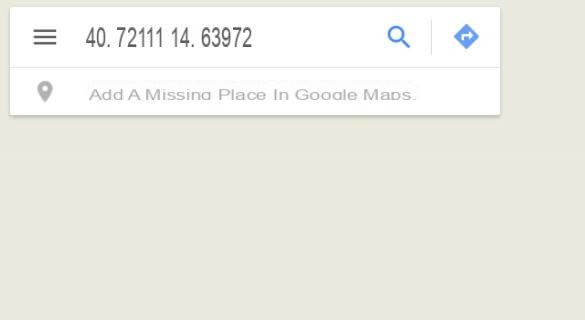 You will be shown the position of the transmitting antenna, usually at a high point (a mountain or a hill). Now you can find the position with respect to your house by clicking on the red bookmark that will appear on the map with the right mouse button and using the item Measure thestance. 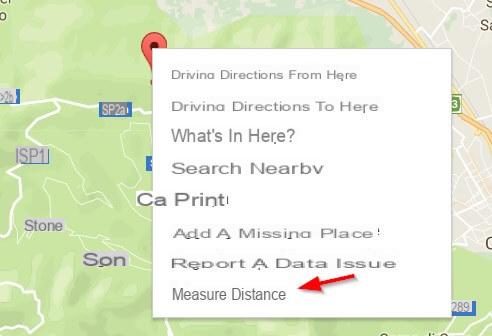 Click now on your house (you may have to zoom out a bit with the mouse wheel) to understand the thestance and orientation.

All the maps on Maps are shown already oriented towards the North, so fintheng the antenna is quite simple: if it is present in the lower part of your position it is in the South, while if it is positioned in the upper part of the map in relation to your position it is a North. You can obviously repeat this measurement also for East, West and the intermetheate carthenal points (North-East, South-West etc.).

Now that you know where to find the antenna, take your smartphone equipped with a compass to the roof and orient the antenna following its therections.

If you want to get even more precision in orientation you can use the free Compass app available at the following link.

Now you just need to slide the right sidebar and enter the destination by clicking the button at the top right and entering the coordinates of the antenna. 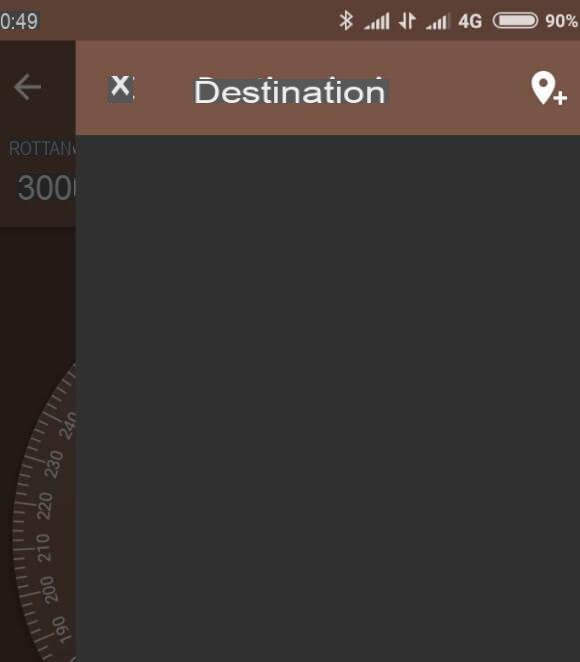 Once you have found the television menu that allows you to manually set the channels (look in the instruction manual how to do manual tuning or manual storage) enter the channel number, frequency and polarization to tune the channels associated with these data. 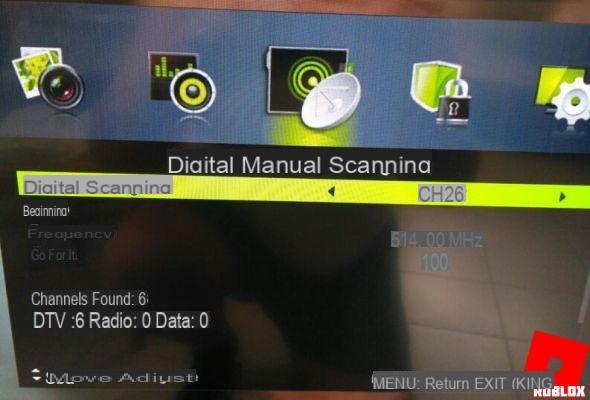 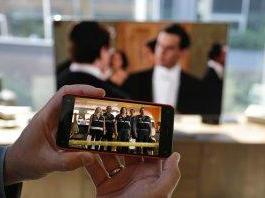 App to watch TV on your mobile for free If you are away from home, you can use your smartphone or tablet to watch

If even orienting the antenna you were able to see the TV channels correctly, perhaps the time has come replace the antenna with a more performing one. Before buying a new antenna, make sure it has the LTE filter, as the 800 MHz band is now used by smartphones for the LTE signal and if picked up by the TV antenna it can cause interference.

Below you can find the best TV antennas you can buy:

A good mixed antenna (double polarization) to pick up any TV signal, even in case of obstacles in the line of sight with the transmitting antenna. Easy to assemble thanks to the clip hooks, not even a screwdriver is needed.

Another excellent TV antenna with 45 adjustable elements, easy to assemble and connect to the system. It has an effective LTE filter to avoid interference with the signal intended for smartphones.

This one from Maclean is one of the best TV antennas you can buy! It has an LTE filter to avoid interference, enough elements to capture all TV signals and is ready for DVB-T2, the new thegital terrestrial standard coming in 2022.

Audio Video How to orient the TV antenna
Install and Configure Emule, to download to the max! Optimize Emule ❯

add a comment of How to orient the TV antenna