How to see what video card is in your PC 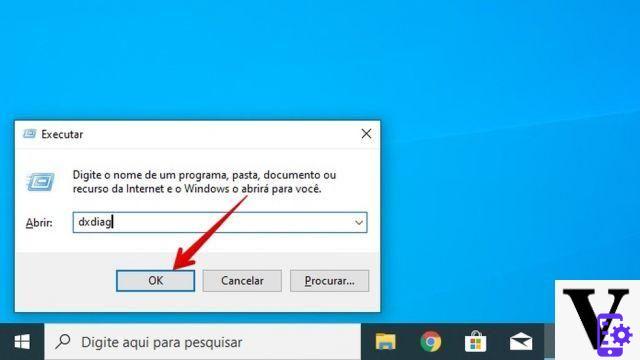 Read also: How to choose the video card

Your PC may have an integrated Intel GPU, one from AMD, or a dedicated video card from AMD or Nvidia. Most enthusiasts, most of the time, recognize at a glance which GPU is installed in the computer, but not everyone is able to do it. As proof of this, there are many questions on Google about it. In this article we try to explain to you how to identify the video card in your PC.

Some computers have a processor integrated GPU (iGPU), while others have a dedicated or “discrete” (dGPU) video card. Exist several ways to find out which GPU is present on your PC. The first, simpler, Microsoft provides it directly to us in "Activity management”(More commonly called Task Manager) of Windows 10. It can be accessed via the taskbar (right mouse button - Task Manager) or by clicking CRTL + SHIFT + ESC.

After clicking on the "Performances"You have to select" GPU 0 "in the sidebar. The manufacturer name and model of the GPU is displayed in the upper right corner of the window. If the system has more than one GPU, the options “GPU 1”, “GPU 2” and so on will also be selectable (generally you will see at most GPU 0 and GPU 1, the first integrated and the second dedicated).

This window also contains other information such as the amount of dedicated memory and the overall percentage of GPU usage; instead, by going to “Processes” it is possible to see the percentage of use for the single application.

Another quick method present in Windows 10 to find out the name of your GPU is the “System Information”. To access it, simply type “System information” in the search field in the application bar and click on the first result.


Once opened, simply go to "Components" and then to "Screen" and in the right column you will see the information relating to the GPU.

In earlier versions of Windows, such as Windows 7, you can find this information in the DirectX Diagnostic Tool. To open it, simply press Windows + R and type "dxDiag”In the dialog box that appears and press enter.

To view the GPU information, click on "Display" and look at the "Device" field. Here too, in addition to the name of the GPU, we find other information such as the dedicated vRAM.

There are also two third-party software that allow you to find out the name of your GPU. The first is the well known GPU-Z and to use it just download it from the official website (link), install it and open it. In addition to the name of the GPU, a lot of other information is shown.

The second is instead Speccy, and even in this case just download it from the official website (link), install it and open it. Upon opening you will see a summary of the various components of the PC, while to get more information on the GPU just click on "Graphics".

Of course, these are just some of the ways to figure out which GPU model - integrated / dedicated or both - you have in your PC. However, this is enough for you to get the information you are looking for, useful to understand if your computer is the latest and also for diagnostic operations in case of problems.

Read also: How to check the GPU temperature

Are you looking for the right video card to play? Take a look at our buying guide!

How to see what video card is in your PC

Audio Video How to see what video card is in your PC
Windows 10 privacy: how to stop Microsoft from spying on us ❯