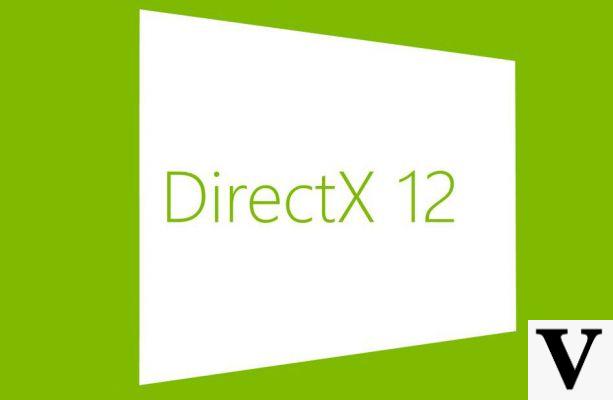 “At Microsoft we make every effort to respond to customer feedback, so when we received this feedback from Blizzard and other developers, we decided to take action. Microsoft is pleased to announce that we have ported the D3D12 user mode runtime to Windows 7. This allows developers to take full advantage of the latest D3D12 enhancements while continuing to support customers on older operating systems. ”

World of Warcraft: Battle for Azeroth patch 8.1.5 makes Blizzard the first developer to use DirectX 12 on Windows 7. Gamers should experience a performance boost, although Microsoft points out that "the best performance will always be on Windows 10, as it contains several optimizations designed to make DirectX 12 even faster."

Microsoft has assured that is working with other developers to bring DirectX 12 games to Windows 7 and announcements will follow in the future. At the moment this DirectX 12 support in Windows 7 is tied exclusively to World of Warcraft, you cannot download the DirectX 12 APIs and install them manually on Windows 7. Microsoft has not released the full API runtime on Windows 7.

What does DirectX 12 offer more than DirectX 11? The latest DirectX APIs allow you to parallelize and distribute the load between the different CPU cores much more efficiently. They specifically give developers a direct control over resources and GPUs to better optimize according to their needs.


Providing a much lower level of hardware abstraction is possible take full advantage of the multithreading capabilities of CPUs, the many cores within the GPUs and potentially the different GPUs and video cards found in a computer.

The new libraries allow developers to play parallel operations using separate GPUs. Usually all 3D games integrate a post processing phase for rendering the images. With the DX 12 it is possible to entrust the task to a second GPU freeing the first GPU, which can thus start calculating the next frame, for faster rendering (Asynchronous Shaders).

One of the most original features of DirectX 12 (unfortunately not used) is that parallel processing can be done on different GPUs (DirectX 12 Multiadapter). Many laptops have two GPUs, one integrated into the processor (often an Intel HD Graphics) for use in battery mode and another specialized GPU (AMD or Nvidia) for more demanding tasks.

With DX12 developers can use dedicated GPUs for scene rendering and integrated GPUs for post processing. As written above, however, this possibility, although publicly demonstrated by Microsoft and some developers, never caught on - or rather, the hint is that it was opposed by hardware manufacturers.


DirectX12 also improves memory management and reduces the effects of fragmentation. Most importantly, they tend to offer a more consistent frame rate thanks to a new caching mechanism. Finally, DirectX 12 introduces new functions and optimizations for rendering. In the 3D scene generation pipeline there is room for very large improvements with collision detection algorithms, transparency management and optimization on the geometry front (backface culling, occlusion culling, frustum culling, contribution culling).