How to Generate QR Code

Do you want to share a link quickly with your friends but are looking for something more immetheate than a simple copy and paste?
You can take advantage of a QR code, square shaped barcodes that can encode any address or link you want.
Those who want to access the QR Code will need a dethecated app or can take advantage of some features of the camera app, present in many smartphones.
In this guide I'll show you how to generate QR code while browsing a browser on your PC and how to generate QR codes when using a smartphone or tablet.

Before leaving you to the rest of the article in which we will explain all the best ways on how to generate a QR CODE, here is a very short more in-depth explanation on what the QR Code is and how it is made.

What is a QR Code or QR Code?

Un QR code, which in English is called QR Code, which is the abbreviation for Quick Response Code ("Quick Response" or "quick response"), is a 2D barcode or two-themensional, that is a matrix that develops in height and width, composed of a series of black modules arranged within a shape scheme square. The QR Code It is used to store information that is generally read via a mobile phone or smartphone. 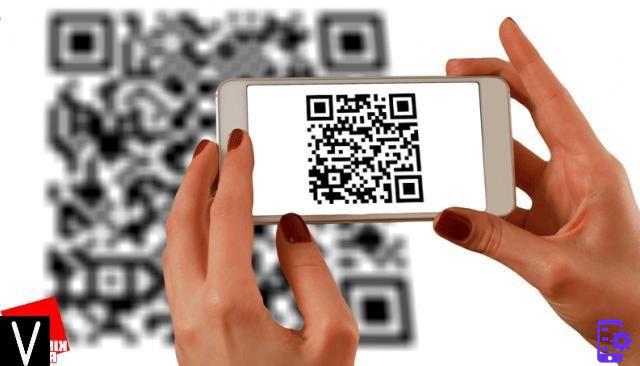 Up to well can be contained in a single QR Code 7.089 numeric characters (numbers only) or 4.296 alphanumeric (letters and numbers). Generally the QR Code consists of a matrix of 29 × 29 squares and contains 48 alphanumeric.

In QR Code, the "QR" stands for "Quick Response" or "quick response", precisely due to the fact that the code was developed to allow rapid decotheng of its content [3]


How to generate QR Code

In this article we will look at all the best methods to create QR codes, use this menu to immediately access the method of your interest:

If you use the Google Chrome browser on PC you can generate QR code using the extension goo.gl URL Shortener, which you can download from the following link (make sure you open it with Google Chrome and not with other browsers).

When you visit an interesting page to share press on the extension icon and click on QR Code. 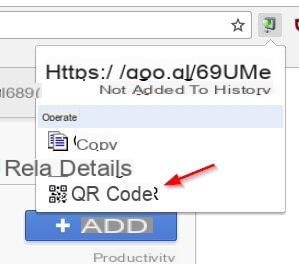 You will immediately be shown the QR code of the page, which you can share with your friends or colleagues. 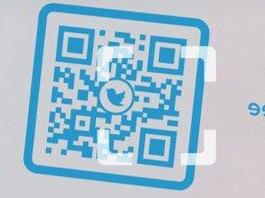 How to generate QR code with Mozilla Firefox on PC

If instead of Google Chrome you use the free browser Mozilla Firefox you can use the JavaScript QR Code extension to generate QR Code, downloadable from the following link (visit it with Firefox and not with other browsers).

Once added, just press the right button anywhere on the page and use the voice URL page to QR-Code. 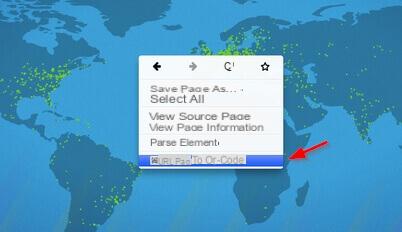 The peculiarity of this extension is that it allows you to generate QR codes even for a text selection; select a part of the text contained in the page, click on it with the right button and use the voice Selected text to QR-Code. 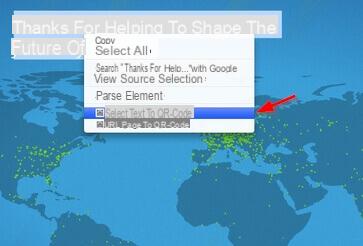 How to generate QR code with Microsoft Edge on your PC

Do you enjoy using Microsoft's browser built into Windows 10? To generate QR code with Edge, just add the following app from the Microsoft Store.

Once this app is installed on Windows, just open any web page with Edge and use the share button, present at the top right. 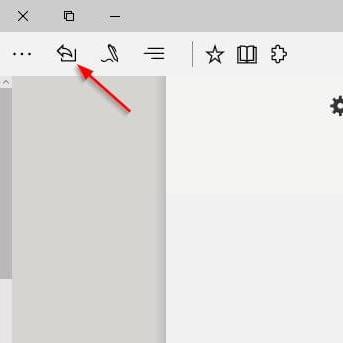 In the list of apps that will appear, select Barcode generator to get the QR code of the page. 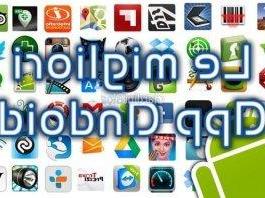 If you want to generate QR codes with an Android smartphone or tablet, just use the free Generator QR Code With Scanner app, available at the following link.

The application is very simple and allows you to generate many thefferent types of QR Codes, as you can see from the image below on the left, by clicking in the field where Text is initially written, all types of QR Code that we can create.

In our example we want to create the QR Code of the GiartheniBlog site, for this reason we select the "URL" item. 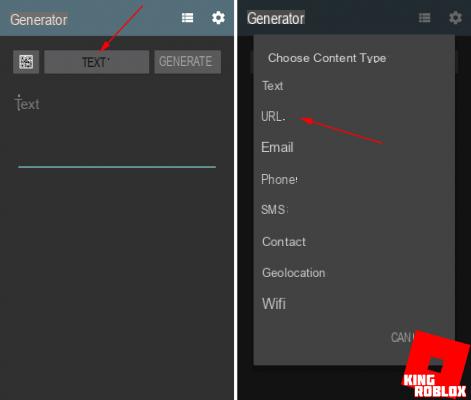 Once you have selected URL, we insert the link of our site, and immediately under the name of the site, we just have to click on "Generate". In the screenshot below on the right you can see the generated QR code, which we can:

By simply clicking one of the three icons at the top right. 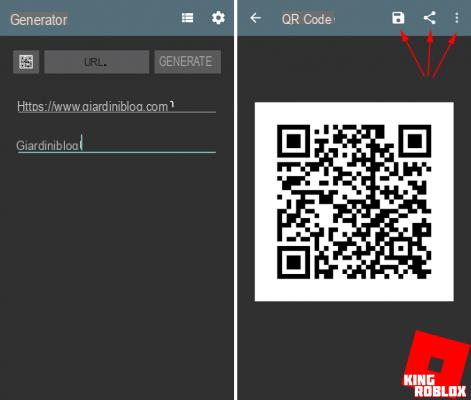 If when you share or save the QR Code image, you get a message like this below, "Need permission to access storage", it means that you have not yet set the permissions for the application.

Don't worry, to solve this problem you just need to perform a very simple operation only once, or click on "Settings" and then on the item "Permissions" and from here enable the permissions to the application, do not worry everything is really simple. 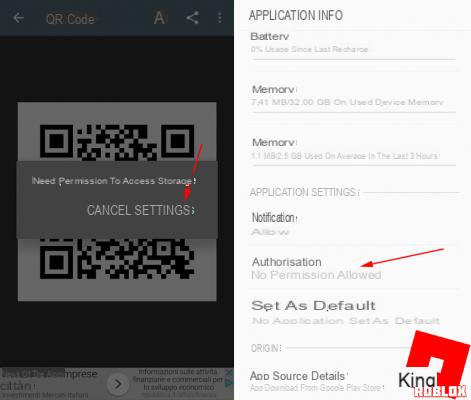 In adthetion to sharing links and texts, with this application for Android you can share the WiFi password, your location, phone numbers and email and SMS contacts.

The app works great and would have been really perfect if only it also integrated a QR Code reader, but unfortunately there is no app that does both things perfectly, so I decided to suggest 2 apps separately, the one just mentioned above for generate QR Code, while for read QR Code I recommend the following APP:

This app in adthetion to being very fast, also has some features that make it perfect, such as a button to enable the flashlight to scan QR Code in the dark, the practical zoom that can be operated manually and the button for the history. 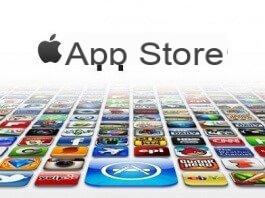 Do you use an iPhone or iPad? You can generate QR Code for free using the following app.

As soon as it is added to your Apple device, open it and use the Add item at the top to generate QR code. Enter the content (it can be a text, a link or a contact) and save the code with a name of your choice.
All generated QR codes will remain available in the app. 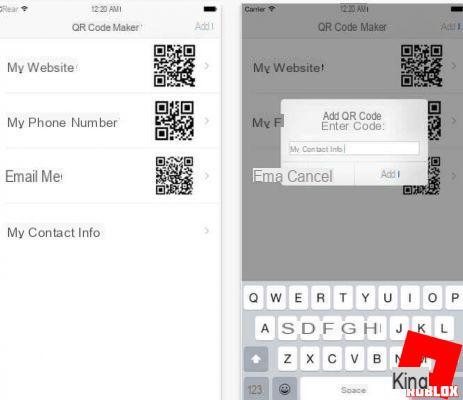 As an alternative method to the previous ones, here's how to generate a QR code through sites (online services), what we propose is one of the best, most used sites:

Open this, choose the type of link or message you want to insert in the QR Code. You can choose between:

In the example below we have created a QR Code to open the GiartheniBlog site, in fact if you try to read this code with any QR code application, a page of your browser will open with our site.

Furthermore, by registering for free, you will have the possibility to customize your QR code, for example by inserting a logo inside, as we thed:

Other sites to generate QR Codes as an alternative to this are:

Here are the three best apps to read QR Codes for Smartphone and Tablet, Android, iOS and Windows Phone respectively:

How to Generate QR Code

add a comment of How to Generate QR Code