How to run Windows software on Ubuntu? 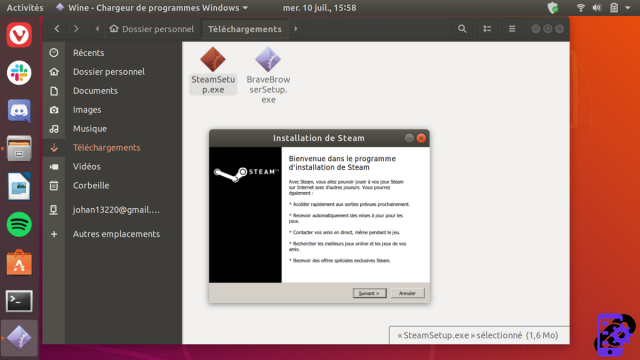 Although more and more software is becoming compatible with Ubuntu, some only exist on Windows. Fortunately, there is a simple solution to launch Windows software on Ubuntu: Wine. In this tutorial, we show you how to install and configure this handy program.


Wine is now successfully installed on your Ubuntu PC. But before launching your first Windows program, you must configure Wine for the first time.


Wine is a very powerful solution for running software only available on Windows. Do not hesitate to take the test, you will not be disappointed!

To download :
Ubuntu
Find other tutorials on Ubuntu:
How to launch Ubuntu without installing it on my computer? ❯

add a comment of How to run Windows software on Ubuntu?