How to unblock Netflix, Amazon Prime Disney+ with CyberGhost?

VPNs have long been used by professionals and businesses before becoming more widely available to individuals. This success is largely explained by their ability to circumvent the geographical restrictions of popular streaming platforms such as Netflix, Amazon Prime Video, or even Disney+. In this area, CyberGhost is particularly effective. 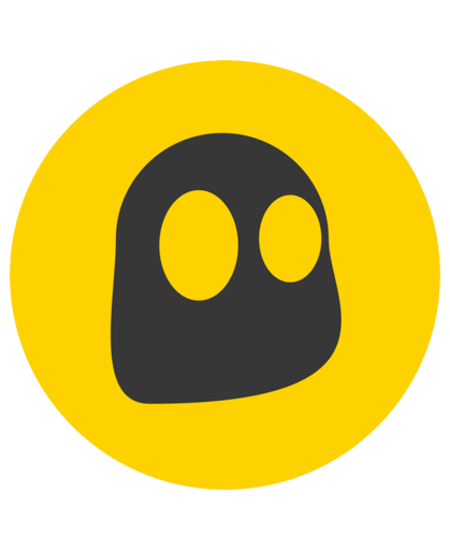 CyberGhost brings together all the qualities expected of a consumer VPN in terms of performance, security and functionality. Its modern and intuitive graphical interface makes it one of the most pleasant VPN services to use on a daily basis. The implementation of WireGuard on all platforms allows it to ensure excellent performance while remaining one of the best VPNs for accessing geo-blocked content.


CyberGhost brings together all the qualities expected of a consumer VPN in terms of performance, security and functionality. Its modern and intuitive graphical interface makes it one of the most pleasant VPN services to use on a daily basis. The implementation of WireGuard on all platforms allows it to ensure excellent performance while remaining one of the best VPNs for accessing geo-blocked content.

The content of streaming services such as Netflix, Amazon Prime Video and Disney+ may be more or less rich depending on the geographical area. They depend on copyrights and license agreements established with production companies and which are generally specific to each region. To sum up, the films, documentaries and TV series of the video platforms can either simply be broadcast on different dates, or reserved exclusively for this or that country. Many contents which are for example available on the US and UK catalogs of Netflix, Amazon Prime Video and Disney+ are not available in Spain.

To respect their commitments, the SVOD services have therefore implemented geographic restrictions to prevent Internet users from accessing their catalogs located in countries other than the one in which they are located. Thanks to a VPN, it is therefore possible on paper to circumvent these restrictions by changing your IP address by connecting to a VPN server located in the desired location. In practice, however, things are far from being so simple and only a handful of VPNs are ultimately able to unblock streaming services without being detected. This is the case with CyberGhost, which offers a wide choice of servers specifically optimized to unblock Netflix, Amazon Prime Video or Disney+.

Before accessing the SVOD service, launch the CyberGhost desktop or mobile client and log in by entering your credentials (email address/nickname and password). Equipped with one of the largest infrastructures on the market with no less than 7 servers, the service offers the possibility of circumventing geographical restrictions in a large number of countries. There are two possibilities to unblock a streaming service in the location of your choice with CyberGhost: choose from the servers offered classified by country via the "All servers" tab, or connect to a server specifically optimized for a streaming platform via the "For streaming" tab.

The second solution is by far the most practical and effective for connecting directly to the service of your choice. However, the list of optimized servers and their location varies from period to period and it is therefore possible that the coveted streaming service in a particular country is not included. In this case, the only solution is to opt for the first solution by selecting the fastest server in the desired region. Sometimes it is necessary to try several servers before it works.

The Romanian provider usually has permanently optimized servers for Netflix and Amazon Prime Video in the most popular regions such as the United States, Brazil, United Kingdom, Spain, Germany and Italy. 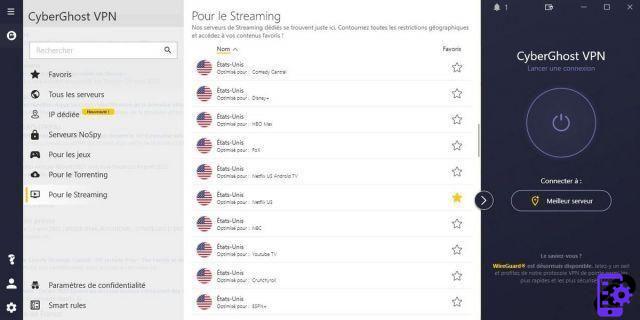 Once the VPN connection has been established in the country of your choice, simply open to one of the SVOD platforms via your Internet browser and enter your credentials to connect. The streaming service automatically detects the location of your IP address and provides access to the corresponding catalog. If you want to unblock Netflix, Prime Video or Disney+ US, for example, all you have to do is choose a CyberGhost server based in the United States to access their American catalog.

Despite CyberGhost's efforts, it sometimes happens that the radars set up by video platforms detect that the connection goes through a VPN. In this case, they display a notification such as "This content is not available in your country" or "You seem to be using a blocker or a proxy" and block access to the content. The geographical restrictions put in place by Amazon Prime Video are notably known to be the most difficult to circumvent.

In this case, either try other servers from the VPN provider or attempt to reconnect at a later date. When a VPN's IP addresses are detected by the streaming services' safeguards, they are blacklisted and blocked. It is not uncommon for some VPNs to be unable to access a streaming service for a certain period of time. Only the best VPN providers such as CyberGhost manage to maintain permanent access to the foreign catalogs of the most popular streaming services.

How to Install ProtonVPN on Android TV? ❯

add a comment of How to unblock Netflix, Amazon Prime Disney+ with CyberGhost?