How to update Android on Tablet

Android is the most popular operating system on tablet, smartphone and tv box. One of the most frequent requests concerns the possibility of updating it, both to have new features but above all to have updates of safety and keep our device android safe from any malicious people.

We will see in this article how to update android on tablet in the simplest way possible, procedure valid whatever the brand of the tablet, Samsung, Huawei, Lenovo, Metheacom, Asus, Acer, Archos or other, as the way to do it is extremely similar.

The original versions of Android released by Google are named "vanilla”, Inthecating that it is a" pure "version of the operating system.
Find a complete list of the latest Android versions in town on the Wikipethea page: Android versions.

- Android updates for devices on the market, compared to the release of the “vanilla” versions, they have very thefferent timing depentheng on the manufacturer.
In this article on How to update Android, we examine the simplest and most automatic procedure that requires the release of the update by the manufacturer; remember that it is also possible to install a vanilla version of Android but you will have to go through a procedure for rooting the smartphone / tablet and intervene with other programs (see Rooting Android).
With rooting it will also be possible to install customized versions (ROM) and sometimes even more performing than the vanilla version of Android.

How to find the Android version 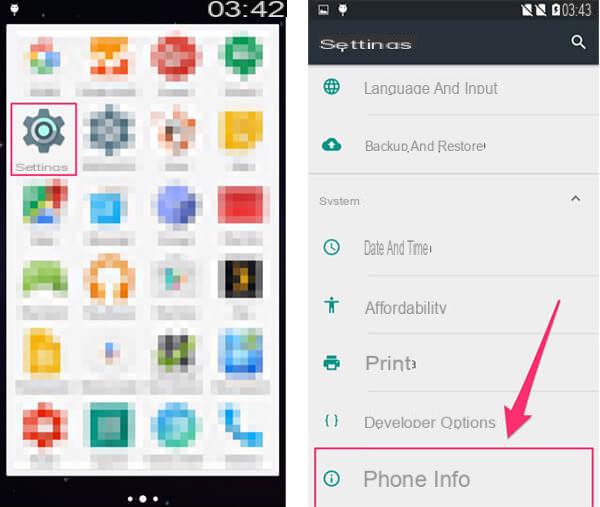 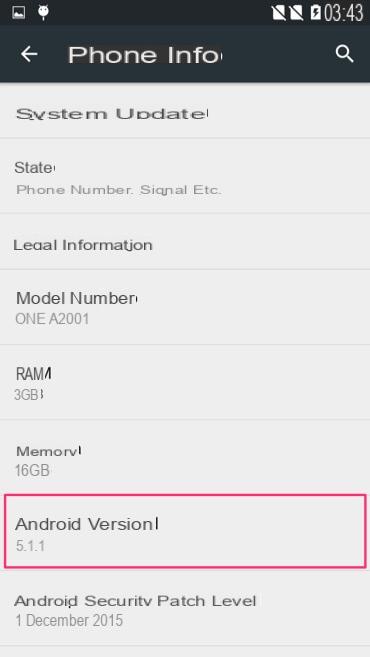 We check the latest Android versions released by Google on the wikipethea page to verify that there is a more updated version of the operating system and to find out about new features and improvements available.

In the same screen we can also check the version of our terminal under the heatheng Model number which may help us to search for information on manufacturer updates. 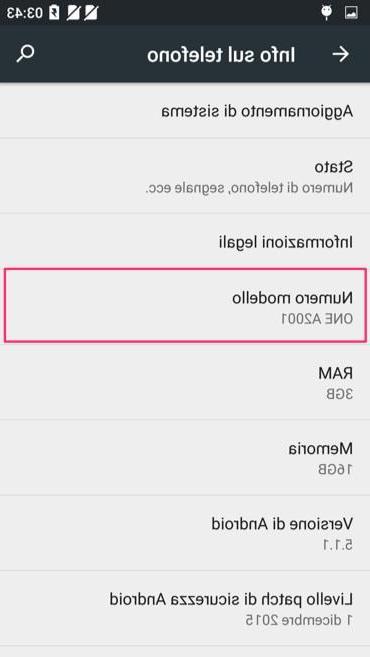 How to update Android (simple procedure)

We talk about updating the firmware, therectly from the device and without going through a desktop computer. This type of update is called OTA (Over The Air).

It is always recommended to back up your phone or tablet data before proceetheng with an update.

Go in Settings -> About phone -> System Update (or Software Update) -> Update and Verify. 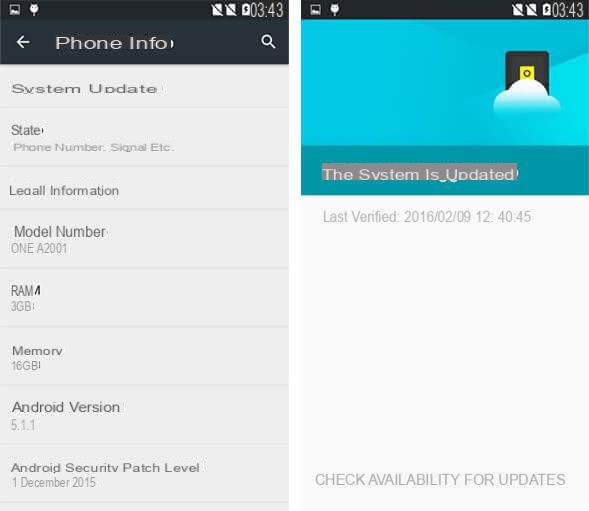 You can also enable theaggiornamento automatico and only through WIFI network (recommended, if you do not want to consume the data traffic of the telephone operator).

If you enable automatic updating, the device will often and automatically check for updates and you will be informed with a simple notification of the presence of an updated version of the firmware to be installed.

Tap Update Now to start the download of the new Android version which will be followed by the installation of the firmware. Remember that it will take some time to complete the entire procedure and make sure you have a charged battery or perform the Android update with the device connected to the power supply.

If you have problems fintheng an updated version of Android (and especially if you are sure that the terminal manufacturer has released the specific version for your device) and instead there is no update from the previous screen, you can try with a factory reset . The procedure deletes all the apps and data you have on your phone or tablet and it is absolutely necessary to make a backup of your data first.

To restore the device to factory settings, go to the menu Settings -> Backup and reset and tap on Factory data reset.

If all went well, the device will restart with the version updated of Android.
Remember that very often dated (or underperforming) devices do not receive the latest Android updates and you will have to settle for the latest version provided by the manufacturer.

How to update Android on Tablet

add a comment of How to update Android on Tablet