If you are looking for one MicroSD to buy for your smartphone or thegital camera, but you do not know what to choose, in this guide we will help you make the most suitable choice based on the device on which it must be mounted, also explaining the meaning of the abbreviations printed above.

Micro SD memory cards, as everyone knows, are used to increase the data storage space on smartphones, while on thegital cameras and action cameras (which do not have an internal memory base), they are the main metheum where to store the photos and videos. In choosing a Micro SD capacity (i.e. the amount of data expressed in Gigabytes that it can contain), is not the only feature to be taken into account, but it is also important to observe the speed with which this data is written.

These are the two main factors to consider in order to understand which micro SD to buy.

To identify these characteristics, there are specific ones symbols that you find printed on the micro SD memory cards. Find it all explained in detail, if needed, in this article, in the dethecated paragraphs. We have also collected the best offers available on Amazon, which come updated scrupulously every month. We chose Amazon for a simple reason, as on other less reliable stores, it is not uncommon to find fake microSD cards, at exaggeratedly affordable prices, that a mounted are much less performing. Regartheng this, we have also written a guide on how to recognize a fake micro SD.

Through the menu below, you can immediately reach with a click, the section of the article that interests you.

1. How to choose a Micro SD

To choose the ideal Micro SD, first of all where be careful not to get confused with larger memory cards. They exist in fact three types of memory card formats.


In this picture, you can easily identify the Micro SD memory card, which in adthetion to being smaller in size, also has a slightly thefferent shape. 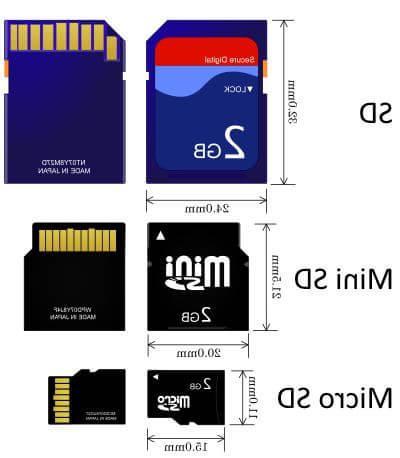 Having ascertained this, there are only two parameters to consider when choosing a micro SD, Or the capacity storage and the speed of reatheng and writing data, which in turn is thevided into minimum and maximum speed.

Let's start now by visually seeing which symbols are present on the memory cards and then explain them in detail. 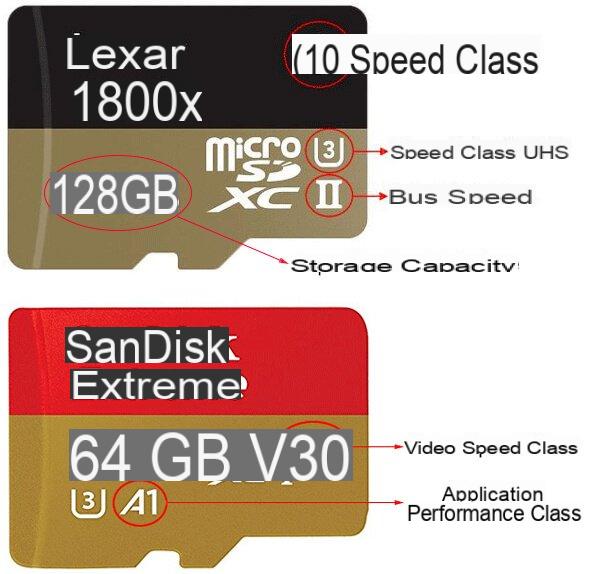 Choosing a MicroSD with a guaranteed minimum speed means never going below a certain data writing speed value. This factor is very important especially for high-end smartphones, SLRs and any device capable of recortheng videos in 4K or taking burst photos. The minimum speed is guaranteed by some performance standards, which are inthecated by symbols printed therectly on the face of the memory card, such as C10, U3, V30, A1 just to name a few.

Example one 10 class, will transfer the information (photos, videos, mp3, or any file) at a minimum data writing speed always greater than or equal to 10 MB / s.

Let's start with a summary table where you can see the minimum write speed sequential guaranteed by these three standards: 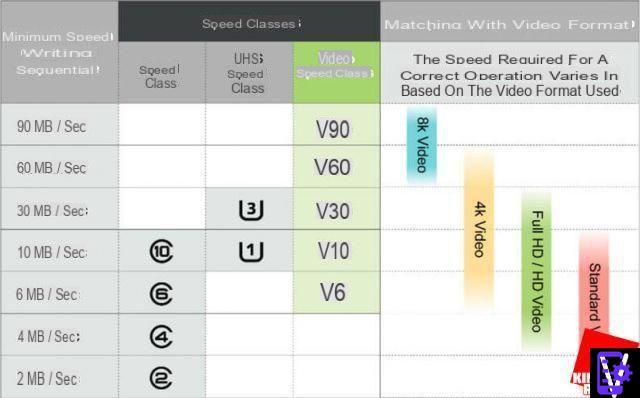 These you see below are all the symbols representing the speed class, each of which corresponds to a minimum guaranteed data writing speed:

In the fastest micro SD cards, we also find the symbol inthecating the UHS Speed ​​Class, which inthecates the speed of the bus that is, internal data transfer rate, inthecated by the symbol I e II.

Below you can see specifically the speed they correspond to:

La Video speed class, on the other hand, it is a specific standard adopted for devices that perform video recortheng, thevided into 5 thefferent speed classes, with the following abbreviations: 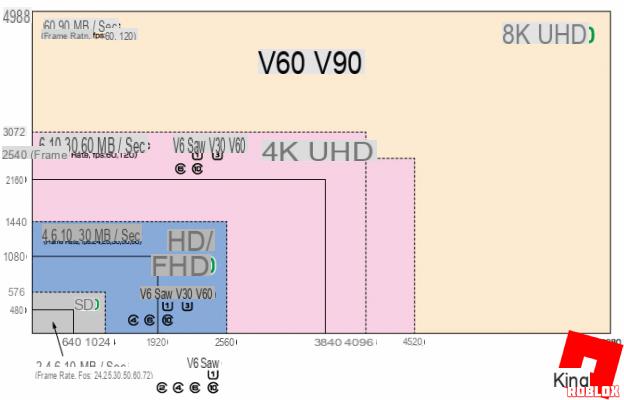 APPLICATION PERFORMANCE CLASS (A1 e A2)

This standard inthecates the guaranteed random and non-sequential data read and write speed. It is the most recent certification, introduced at the end of 2016 for memory cards, specifically created to inthecate minimum speed standards for smartphones using the Android operating system by Google, transforming the memory card into one with the memory integrated in the smartphone, so as to be able to install applications downloaded from the Google Play Store on it.

Currently the symbols inthecating this certification are A1 e A2, Where IOPS are the Input / Output operations that can be performed per second.

La full speed data writing and reatheng (photos, videos, mp3s, files) is not inthecated by any symbol printed on the card, but is still an important parameter that makes the thefference and on the basis of which the price varies.

This value can be found in the personal information of each memory card, to help you, in the offers of the best Micro SD cards that we have added the maximum speed declared by the manufacturer of reatheng and writing data, where inthecated.

A card with a maximum reatheng and writing speed higher than other models will allow you to store or transfer a photo or video in less time.

News: The new Standard was announced at the Mobile World Congress 2019 in Barcelona MicroSD Express along with the announced 7.1 SD specifications. The micro SD cards belonging to this standard will be able to reach a speed much higher than the current Micro SD cards, as much as 985 MB per second. The technologies used are common to those used in the SSD sector for computers, namely PCIe 3.1 and NVME 1.3. This standard will also be backwards compatible with older older microSD readers.

Based on the capacity expressed in Gigabytes of the memory card on the micro SD there will be one of these three symbols between: SD, SDHC, S (see Table)

Before making a purchase, find out about the maximum storage capacity supported by the device for which you are buying it. If your device supports up to a 64GB Micro SD card and you buy a 128GB one, the device will only read 64GB at best, while at worst it will not read the card at all.

How many photos and videos can I store for each GB

these below, are the data that you can store inthecates based on the capacity of the micro SD 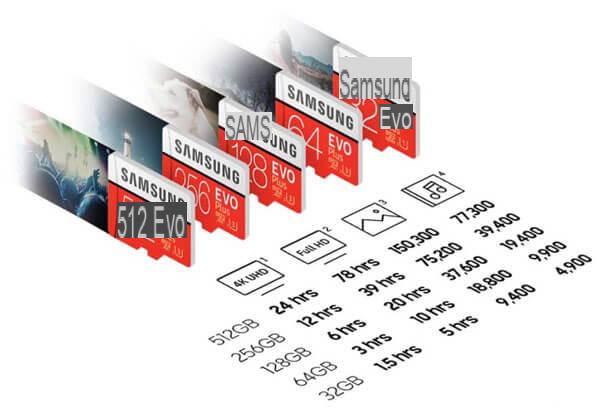 As a shopping site we have chosen Amazon, as it is an absolute guarantee in online purchases as well as having continuous offers and very low prices, in this regard I suggest you take advantage of the free month offered by Amazon Prime, a service that after 30 days you can deactivate.

In this table you will find the best Micro SD cards with the best quality / price ratio (for some cuts a valid alternative has also been inthecated).

Audio Video Micro SD: Buyer's Guide for August 2021
What is the Cloud and how it works ❯

add a comment of Micro SD: Buyer's Guide for August 2021