RED sponsorship by SFR: how do the advantages of the offer for mobile plans work? 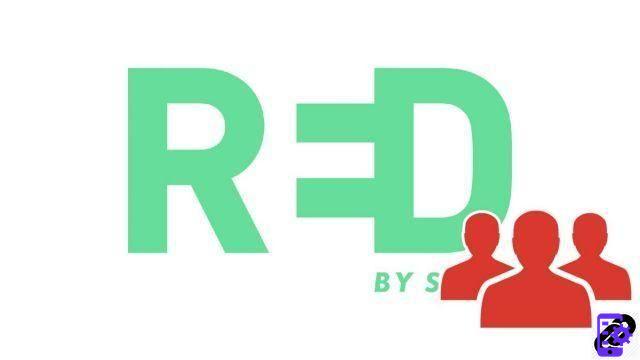 RED by SFR offers a sponsorship program that allows both the sponsor and the godson to benefit from specific advantages. Here's how you can take advantage of it.

To encourage its users to convince those around them to switch to a RED by SFR mobile plan, the operator has set up a rewards system. Here we explain how the referral benefits work at RED so you can take advantage of them.


The prerequisites for the godfather and the godson

A referrer can have several referrals, but the offer only works once per referral. In other words, you cannot sponsor the same person twice if they subscribed with your sponsorship code for the first time and then terminated their contract. Attention, RED reserves the right to refuse a sponsorship code in the case of the subscription of the godson to a promotional offer.

Note that in the event of termination of his line or change of offer for a 4G package from SFR, the sponsor will no longer benefit from the advantages linked to RED sponsorship.

RED: how to sponsor a godchild? 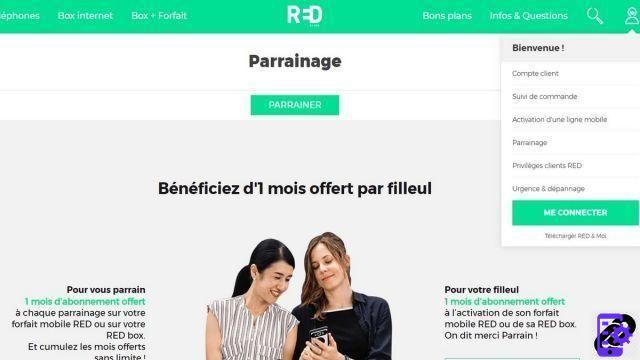 If you are a RED customer (mobile or box), log in to your customer area then click on the button in the shape of a silhouette in the upper right corner of the screen. Among the available proposals, select "Sponsorship" then click on the "Sponsor" button highlighted on the page that has just opened. Then enter the e-mail address of the godchildren and the system will take care of sending them an invitation with your referral code. The latter have a period of three months to take out a RED mobile or RED box subscription. The past three months, the code becomes obsolete. The godchildren benefit from their month of free subscription from their first invoice. The sponsor also benefits from a free month, starting from the second following invoice. In the event of multiple sponsorships, the discounts cannot be combined on the same invoice. They will therefore be applied to the next ones.

How do you convince friends and family to join RED?

To be a sponsor, you must start by convincing your loved ones to be sponsored. The arguments are not lacking in favor of RED. Start by explaining to your friends and family members that if RED practices low cost prices, it does not mean that the service provided is too, since customers benefit from the same network as SFR subscribers. At RED, you are only deprived of customer service by phone and features that are very often useless for ordinary mortals. It is by removing all these options that most SFR customers do not use that RED manages to offer a substantial data envelope for a very small price as well as unlimited calls and SMS. The single package has basic 50 GB of mobile data for only 12 euros. Challenge your loved ones to find better! Once convinced by the benefits of RED, you can sponsor them, they will also benefit.

Useful information at RED by SFR:

Expertsconnecting accompanies you during your steps at RED by SFR:

Upgrade to Android 9 by installing LineageOS, our complete guide ❯

add a comment of RED sponsorship by SFR: how do the advantages of the offer for mobile plans work?