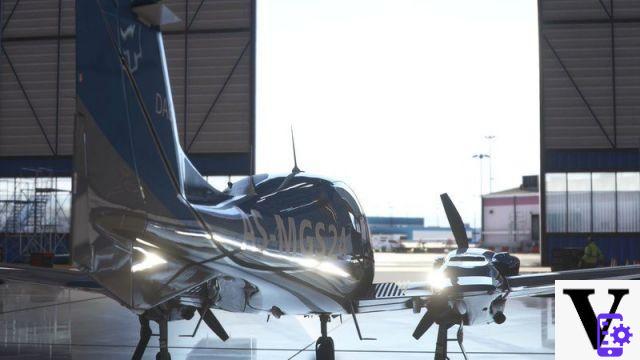 For testing we used our new gaming test platform, equipped with a AMD Ryzen 9 5900X, cooled by an EK-XLC Predator 240 heatsink and flanked by 16GB of DDR4-3200 CL14 RAM. Below we leave you a table with the complete configuration.

The benchmarks were made by setting the Ultra quality presets, the “scattered clouds” meteorological scenario and the departure time at 12:00. Multiplayer has been disabled, while Air Traffic has been set to “AI”.

Looking at the new Radeons, we notice that the technology Smart Access Memory does not affect performance: The RX 6900 XT achieves the same framerate with and without SAM active, stopping at an average 38 FPS, as does the RX 6800 XT (35 FPS) and the RX 6800 (30 FPS).

Finding the best PC for Microsoft Flight Simulator is not easy: the title is very heavy to manage and, above all, the new generation hardware components are still unavailable. The situation will improve over the next few months, but if you intend to build a top-of-the-range PC to play the latest Xbox Game Studios simulator at its best, you will have to be very patient. True, digging here and there you can find next-generation CPUs and GPUs, but i prices are extremely high and we advise you to do not buy anything at these figures.


Going to change the graphics settings obviously you will get better results and you can play at 30 FPS even with lower-end cards, or at a higher resolution than that normally allowed by your GPU. While waiting for the market to repopulate video cards and processors, we leave you some below recommended configurations for the various resolutions; obviously you can make various changes, especially based on product availability, the important thing is that the processor and video card are those indicated.

add a comment of The best PC for Microsoft Flight Simulator