Update on connectivity: which interface to choose to transfer data faster?

Author and references
There are several protocols and types of connection interfaces for data transfer. In terms of speed, Thunderbolt and USB 3 interfaces are currently the fastest. Explanations.

This is THE most common standard connector that is gradually replacing the previous generation USB 2.0. Less expensive to produce than Thunderbolt, it promises to be the essential standard for the years to come, especially since major developments are announced for 2014. More and more computers and peripherals on the market (USB keys, external SSD hard drives , smartphones, tablets, etc.) incorporate this connection, which is distinguished by its blue color. The transfer rate can reach up to 5 Gbit/s theoretical, against 480 Mbit/s for USB 2.0. 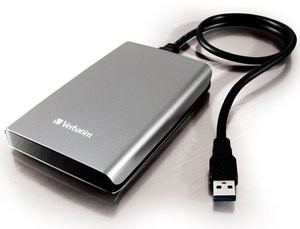 USB 3.0 supports older USB 2.0 and 1.0 standards. Old peripherals can work with the new connectors, without however being able to take advantage of its performance. To benefit from the speeds of USB 3.0, the computer, the peripheral and even the cable must be equipped with the new standard.

Beyond its performance in terms of throughput, USB 3.0 has the advantage of providing up to 4,5 Watts of power. Expected for 2014, the next USB 3.1 update will offer speeds of 10 Gbit/s, the equivalent of Thunderbolt. 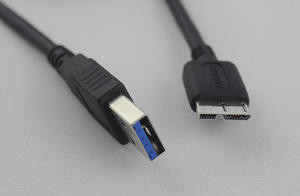 Created by Intel in collaboration with Apple in 2011, Thunderbolt is currently one of the fastest transfer interfaces for the general public. The first generation of this universal connector format supports data transfers at a theoretical speed of 10 Gbit/s in bidirectional (it can send and receive data at the same time). It is based on Display Port and PCI Express technologies, which means that it is capable of carrying all types of data. It is indeed possible to connect screens, hard drives, or network devices. 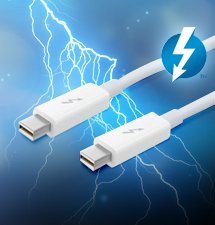 Initially available mainly in Apple's Mac universe, it is gradually opening up to the PC world. The technology transfers data twice as fast as USB 3.0. It can also supply up to 10 Watts of power to the attached device.

Another advantage, it is theoretically possible to chain up to 12 devices on a single Thunderbolt port compatible with most interfaces through adapters: USB, FireWire, Ethernet... Nevertheless, this expensive technology is struggling to establish itself. in the Windows universe faced with the rise of USB 3.0. Another downside is that it's not possible to hot-plug a Thunderbolt device on a Windows PC like on a Mac. 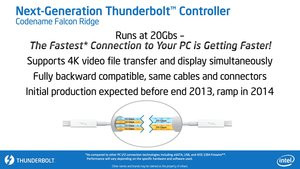 There are still many external hard drives with the eSATA interface. On the computer side, manufacturers generally offer USB 2.0 or 3.0/eSATA combo ports. The current generation eSATA III offers a theoretical transfer rate of 6 Gbit/s. The main difference with USB 3.0 is that it does not allow you to connect any peripherals other than hard drives. It remains an excellent interface for transferring data.

Widely used in the Mac world, FireWire 800, whose transfer speed reaches 800 Mbit/s, is gradually disappearing from the market. 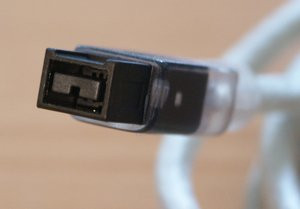 Most major manufacturers in the computer market outside of Apple favor the USB 3.0 interface. In addition to laptops and external hard drives, the first micro-USB 3.0 connectors for charging and exchanging data faster with smartphones and tablets are beginning to hit the market.
What to do when you run out of storage space on your computer? ❯

add a comment of Update on connectivity: which interface to choose to transfer data faster?