FAQ Android : to root or not to root ?

Users who are a bit curious about Android smartphones and tablets have surely already heard of root, without necessarily ever having really wanted to rub shoulders with this thorny hack. It must be said that the slightest search on the subject (on Google of course) plunges the investigator directly into a drum of information, with the machine set to spin. A terminology to lose its Latin disgorges, while anxiety-provoking tutorials dry you up on the spot. We have therefore decided to clarify what root is, within this guide in the form of FAQs, in order to restore the young mosses that you thought were afloat.

What is conceived well is stated clearly, said Boileau. It is clear that for the universe of root on Android, we are off to a rather bad start. Everything is in the language of Shakespeare, and a very convoluted 2.0 way. We "unlock the bootloader", we "boot in custom recovery mode", we "flash our ROM and/or our kernel" to finally risk "bricking" our phone... Opaque jargon that needs to be explained for avoid confusion... and excess paracetamol.

The bootloader: it is the first layer of software that runs even before the operating system (OS). In a way, the bootloader can be compared to the BIOS interface of PCs. This is usually where manufacturers place a first lock, to prevent users from modifying the operating system. The bootloader must be unlocked to go further in handling the device. Le Recovery Mode : it is a boot mode of the device which is used to perform low-level actions, such as formatting, before the operating system is launched. An ultra-pure environment that basically offers few possibilities. By installing a modified Recovery Mode (a Custom Recovery Mode), you can access other functions: backup, restore, file exploration and ROM installation, among others.
Le Root : the root procedure consists of taking on the administrator rights and privileges of the device in question. The idea when you root your phone or tablet is therefore to have all the authorizations to defy the limitations imposed by the manufacturers in their Android settings. This in order to do with it what you want (we will detail the possibilities), thereafter. But rooting by itself doesn't change anything on the phone, it's just a starting point. It's up to you to see what you will do with the full powers.
The ROM: by shortcut, it designates a version of the Android operating system. It can be original (stock ROM) or modified (custom ROM). Changing the ROM has a real impact on the device, since it can offer a totally different approach to the Android environment: performance, menus, graphics, etc. Like changing OS on a computer. This modification requires several beforehand: unlocking the bootloader, installing a personalized recovery mode and rooting.
Le Kernel: Like Windows for example, Android is based on a core, called the kernel. This is the heart of the system code, the gateway between hardware and software, the quality of the optimization of which will impact the performance and energy consumption of the mobile device. You can install (or flash) a modified kernel on a stock ROM, or on a custom ROM (the kernels of which are already modified most of the time). Pay attention to the compatibility between ROM and kernel!
Bricker : that's what you don't want to happen to your phone or tablet. A "bricked" device becomes a paperweight, a brick, hence the expression. This can happen if the phone is interrupted in the middle of the process (power failure, bad USB cable, insufficiently charged battery, etc.) or if the files used (kernel, ROM, etc.) are not suitable for your device model. or if they are corrupted. Great vigilance is therefore required!
Le Launcher : unlike ROM and/or kernel changes that require rooting your device, the launcher is a simple application that you download from the Play Store and run as you wish (or that you decide to launch by default at startup). The purpose of the launcher: to modify the appearance of the Android OS (themes, icons, wallpapers, etc.) but also its ergonomics by introducing specific gestures and widgets. Most launchers exist in a free version: you can therefore easily test them, without running the slightest risk, and possibly switch to a paid version if necessary to access all the features (gestures, notifications, etc.).


What Root allows you to do

This is all well and good, but concretely, what is the use of rooting a smartphone? Mainly three things: install a custom ROM (the most sought after purpose of people who "root"), flash the kernel (to push the customization even further) and install applications reserved for rooted devices. Thus formulated, it does not really dream. And yet, the first and the third point open a multitude of doors, of the kind that we want to cross. With a new ROM, you can already get rid of the manufacturer and/or operator overlay. But also have new settings and features, more or less advanced depending on the type of ROM. And on the Play Store side, it is then possible to install all the applications reserved for rooted phones, as they require “super user” rights. For example :

On a phone, rooted or not, with a personalized recovery mode (ClockWork Mod, alias CWM or TeamWin Recovery Project, alias TWRP), the user can create system image backups (known as Nandroid backups), which will facilitate efficient restoration of the device. Some smartphone models (Galaxy S2, S3 and S4 mainly) have even had utilities and tutorials dedicated to unlocking them. 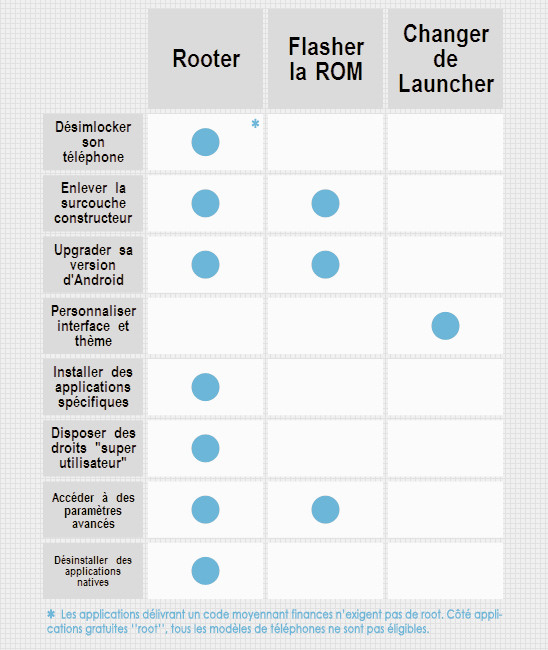 Our answers to your questions

1) Is rooting a phone risky? What about the warranty?

Yes, rooting a phone involves a risk, that of “bricking” it, that is to say putting it out of use irreversibly. To prevent this as best as possible, you must follow the instructions to the letter, ensure that your device model is compatible with those listed in the detailed procedure, perform your operations with a fully charged battery and never interrupt a process in progress (unplugging the cable, power failure, etc.). And despite everything, the unexpected always lurks. In case of failure, you can only blame yourself, the authors of tutorials or utilities (toolkits) disclaiming all responsibility.

The warranty issue is tricky. We generally read on the Web that the warranty jumps from the moment a user roots his phone. This is also the discourse of operators and many manufacturers. However, Directive 1999/44/EC of the European Parliament and of the Council stipulates in its articles 3 and 5 that "The seller is liable vis-à-vis the consumer for any lack of conformity which exists when the goods are delivered -.. - and within two years of delivery of the goods. » Paragraph 3 of article 5 even specifies that « unless proven otherwise, defects of conformity which appear within a period of six months from the delivery of the goods are presumed to exist at the time of delivery ». This text, transposed into French law by Ordinance No. 2005-136 of February 17, 2005, takes precedence over the possible commercial guarantees taken out with brands or distributors at the time of purchase, and which could include exclusions relating to certain uses. . If the builder or merchant disputes, they must provide proof that your use caused the hardware failure. In short, nothing simple.

The root process, unless "bricking" the device, is fortunately reversible. You can therefore restore your phone to "factory" status by reinstalling an original ROM, "unrooting" and re-blocking the bootloader. If an after-sales service return is necessary for reasons that cannot clearly be attributed to the root (dead pixels on the screen, faulty micro SD card reader, bad contact of the USB port, etc.), there remains strongly advised to "unroot" your device, so as not to stretch a stick to get beaten.

3) Are all device models “rootable”?

A priori most are... but the procedure is never exactly the same (despite similarities). You can root your phone manually, by performing a series of manipulations, step by step, according to tutorials limited to one or a handful of models. Or you can use utilities (toolkits) that automate the process and support a fairly large list of models (or are dedicated to a brand). We can cite Kingo, the Nexus Root Toolkit, UnlockRoot Pro v4.1.2 (paid) or the apk (the installer in other words) Framaroot. 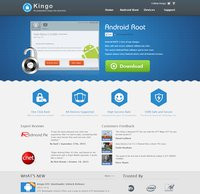 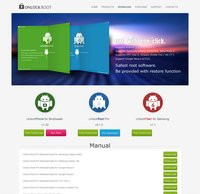 The fear with toolkits is that we don't know exactly what the software is doing as operations: in the event of a crash, it is therefore difficult to know where there was a bug. And suspicions of backdoors or leaks of personal information (to servers abroad) are regularly heard. Generally, the community of developers who apply themselves to producing the tools necessary for rooting smartphones tends to focus on the bestsellers. Given the range of models that make up the offer, we understand that this is not a choice but a necessity. Also, the Nexus, Galaxy, Xperia, Desire or One are rather well affected ranges. For low-end devices from more or less obscure brands, it's a different story...

4) Where can I find root tutorials and other such information for my phone model?

On the web... that helps, huh? More seriously, Google is a valuable friend in this area. And very often, it refers to the mine of essential resources, certainly the XDA Developers forum. But there are also very complete tutorials (but in English) on TheUnlockR.

It depends on the method used. If you install a custom recovery mode (or if the toolkit does), yes, your data will be erased. If you keep the original recovery mode, your data will normally be preserved. Be careful, unlocking the bootloader also erases (“wipe”) your data. So check, if you are using a toolkit, what manipulations the utility is supposed to perform. But when in doubt (especially the risk of bricking your phone), it is imperative to back up your phone before doing anything. Utility (like Simple ADB Backup), manufacturer software (Samsung Kies, HTC Sync, etc.) or copy by hand, it's up to you! But be aware that some things often cannot be backed up, such as call history or text messages.

6) How do I know if my root worked well?

There are several simple solutions to check this: look in its applications to see if SuperSU or Superuser has been installed, try to install and use a rooted phone app or test a root checker style application.

7) Does an OS update keep root?

Niet! As soon as you install an official update on a rooted phone, you lose super user rights, you must root your device again, with all the precautions already mentioned above (backup, etc.).

Video tutorial: how to root a Nexus 5?

RED sponsorship by SFR: how do the advantages of the offer for mobile plans work? ❯

add a comment of FAQ Android : to root or not to root ?