How to translate a conversation in real time with Google Translate? 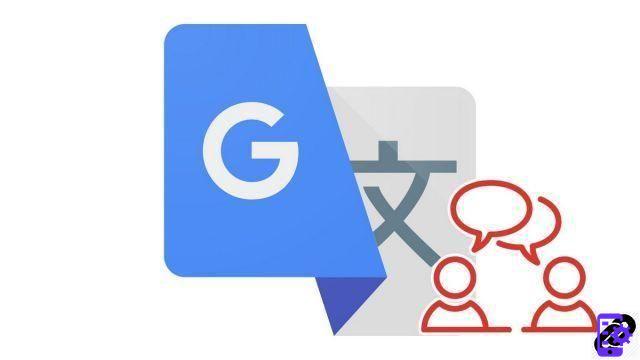 Google Translate is not only capable of translating written texts, the service can also serve as an interpreter during an oral conversation. Here's how you can leverage this tool.

Very efficient for translating texts, Google Translate has more than one trick up its sleeve and also offers many other features. Among these, the possibility of taking on the role of interpreter and translating the words of two interlocutors (or more) during a conversation in two languages. Want to learn how to use Google Translate well? Then you've come to the right place!

However, the service does not support interpreting if more than two languages ​​are involved. It is also not possible to use the "Detect the language" in this configuration, you must clearly define the two languages ​​that will be spoken. Also, this functionality is reserved for the Google Translate mobile application. The desktop platform for computers and web browsers does not support this option.


How to translate a conversation in real time with Google Translate?

If you are having trouble communicating with someone, you can try using Google Translate's instant translation tool if your language combination and that of your interlocutor is supported. This can allow you to help a foreigner who is in Spain or to make yourself understood by the locals when you are in a country where the locals do not speak a language you speak: ask for directions if you are lost, the dish of the day in a restaurant, information at the reception of your hotel...

You can now converse live and without having to go through writing with an individual with whom you do not share a common language. Enough to dare to discover a country in which you hesitate to go because of the language barrier.

Google Translate is able to translate texts from a very large number of source and target languages. However, it is a little less complete when it comes to translating conversations. Here are the languages ​​supported by this feature (yes, French is compatible):


Find other tutorials to help you use Google Translate:

How to use keyboard shortcuts in GIMP? ❯

add a comment of How to translate a conversation in real time with Google Translate?